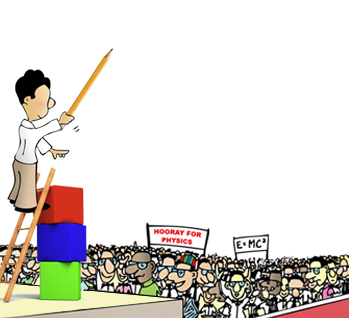 Like many who first start in the business in and around the Washington DC area I began my career as a political cartoonist. I found lampooning congressional policy and the news of the day gratifying, but it also didn’t take me long to realize that I much preferred to draw and write about the humor I found naturally occuring in daily life, as opposed to scouring the news waiting for politicians to stumble. 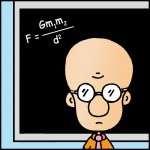 It wasn’t long thereafter that I began to publish my first strip under the name Half-Baked – later to be renamed Kangaroo Court. A single-panel cartoon from the start, Kangaroo Court set out to capture daily life and the world-at-large in all of its absurd glory, but perhaps more importantly, has always provided a place where I can neatly collide the nonsensical and the theoretical without anyone getting injured in the process. The strip is available for daily publication, as well as spot or one-time use. 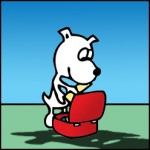 When you begin life as the son of a stray dog your first pawprint comes with a strike against it, that is,of course,unless your name happens to be Jefferson! Rescued from an animal shelter at the tender age of 4 months, his thirst for knowledge and social justice are rivaled only by that of the immortal statesman Thomas Jefferson himself – not surprising, given that he very deliberately selected just that name to replace the impersonal number assigned him by the shelter.

Equal parts neighborhood philosopher and canine crusader, Jefferson proves the perfect match for his adoptive friend Brian as they work their way through life trying to make sense of it all.